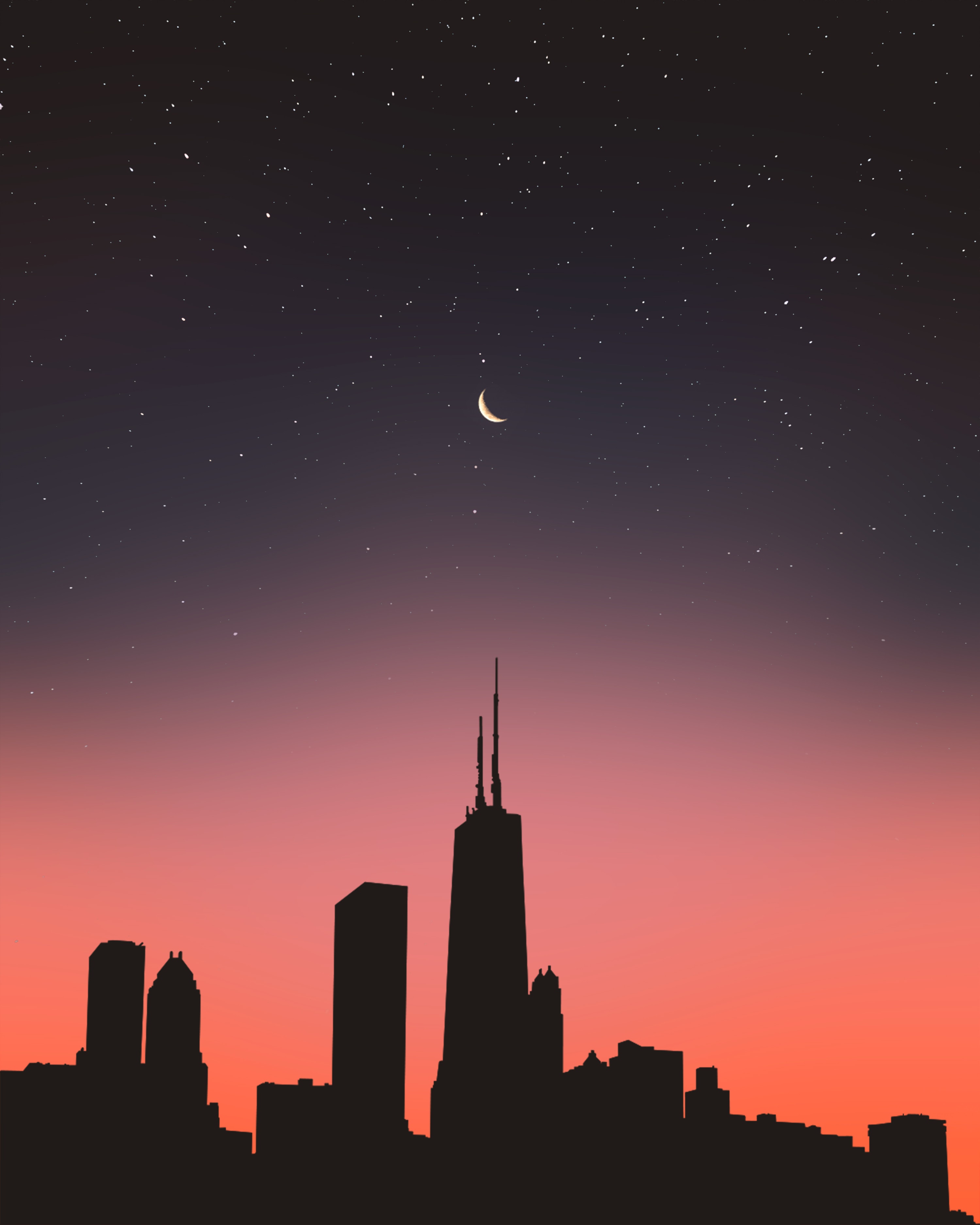 I’ve been told I write scifi as if it’s fantasy. Rightly so. I lack affinity with the genre. Although I’ve seen my fair amount of classical scifi in both movies and tv-shows, I rarely pick up a novel that could be classified as science fiction. I tend to prefer fantasy, magical realism, historical fiction and classics from (mainly English) literature. All the more surprising then that this year finds me having already devoured three fantasy books, and determined to read two more. On an average of 30 books a year, this is rather a high percentage of scifi. And the reason? The ambtious project “the Silent Earth” (Dutch: De Zwijgende Aarde) from publishing house Quasis.

Some three hundred years from now, mankind has somehow suffered through and survived all ecological crises, and came out the other side strong enough to establish its dominance on other planets: in a new-colonial era, the Dutch VAHA (a sort of modern variant on the Dutch East India Company) pulls the inter-planetary strings. Settlements, research centers, even entire cities rise on the surfaces of moons, asteroids and planets of our solar system, all to the betterment of man. Or was it ‘some men’?

The series of novels owes it name to the year 2303, when all contact with planet Earth suddenly stops. The Earth turns silent. And while everyone speculates on what could have happened on the home planet, revolutionaries and disgruntled labourers are quick to seize the opportunity and take up arms to fight for the basic rights so long denied to them.

The Silent Earth universe is comprised of five books, each of them written by another author. The books can be read independently, but do add to each other’s understanding. Some of the stories take place during or immediately after the ‘Silencing’, while others are set years later. But it isn’t just the setting that differs from book to book: the five novels are also set apart by their different genres. From action-packed space opera (Revolt) to psychological thriller (Rust) to feelgood (Titanium), the strength of this project lies in its diversity.

The idea that a bunch of different perspectives from a bunch of different authors can be brought to life in one shared universe, intrigued me to no end. Although modern media are stuffed with expanded universes (Star Wars, Marvel, Harry Potter, to name three), most of these multimedia-verses can be boiled down to one piece of source material, or canonical text, from which stem all later additions. The Silent Earth, on the other hand, came into being through a democratic process, through six authors who outlined the world they all subsequently enjoyed the freedom to write in. 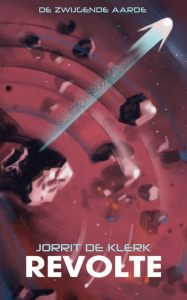 That isn’t to say there are no shared motifs or through-lines: the choice between human ‘purity’ or genetic modefication, the gap between profiting rich elite and the poor class of labourers, and of course the ominous silence of Earth, are scattered throughout every book. But by presenting the reader with a new perspective, a new point of view, this series has great potential to remain fresh and exciting.

So far, three out of five books have been published. Short novels all – an added length of about a hundred pages would have been welcome to justify their cost – they lend themselves to a swift and smooth reading. However, not all three books merited a positive verdict.

The good, the dull, the intriguing.

Jorrit de Klerks Revolt (Dutch: Revolte) offered an exciting, action-packed ramp-up of a ride, and set the scene for the Silent Earth books to come perfectly. At the same time, the novel felt somewhat lacking in depth, and De Klerk’s prose leaves something to be desired. Even so, I rather enjoyed this first book in the series, something that cannot be said for the third volume. 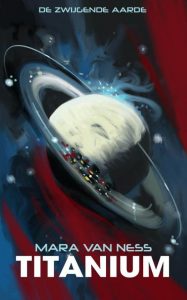 In Titanium , Mara van Ness shows us the decadent world of gambling on Saturn’s moon Titan, and its seedy, lucrative underbelly. Unfortunately, her ‘feelgood’ felt rather more dull and repetitive and not at all funny. On top of which, she failed to really show me the ‘Las Vegas’ of the 24th century, with her protagonist only stopping to set foot in a casino for half a page or so.

The series’ second novel, Jasper Polanes Rust (Dutch: Roest), however, managed to leave the longest-lasting impression. In this thriller, we follow a magistrate as she tries to impose peace on the settlements that struggle for survival on Mars. Even as a moon is shooting towards the planet, threatening to end human colonization of the planet, our protagonist fights a battle against her own blood: infected with nanotech, her bloodcells are screaming at her to change, to mutate into a Red Daugher. To turn away from humanity and become something more: something that may well be able to survive on the harsh surface of Mars, even after the coming collision with the moon. But is survival worth the cost of this drastic change?

Although his plot meanders (both Revolt and Titanium knew a better, tighter structure), Polane proves to be a seasoned writer with his candid prose and his ability to get inside his protagonist’s head, and opening up her psyche without putting a pedantic finger on the sore spots. Show, don’t tell. 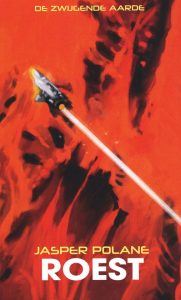 If these books had been written independently from one another, without the ties that bind them, would I still have read them? No, I probably would not have. But I was – and still am – intrigued by what authors can create, if they work together. So far, the Silent Earth is giving me mixed signals: yes, its ideas and perspectives are refreshing, its thematic undercurrents are potent. At the same time, not every book lives up to the hallmark of quality that other instalments have set for them.

Two more books have yet to appear. Duality (Dutch: Tweeleed), a collaboration between two well-synced writers, Django Mathijsen and Anaïd Haen, and Ice breakers (Dutch: IJsbrekers) by Johan Klein Haneveld. I’m looking forward to reading both of them, but I’m especially curious for the way in which Johan Klein Haneveld, who writes scifi with the utmost sincerity, brings this series home. Will we come full circle, and discover the reason for Earth’s long Silence? Two more books, and then we’ll know.